Villa Condulmer, located in the Treviso countryside adjacent to Venice, is a Venetian Villa whose exact origin date remains uncertain. According to Mazzotti it was built on the seventeenth-Century; according to Venturini first works started in 1743 on commission of the Venetian patrician Alvise Condulmer.

Authoritative sources assert that the Villa was built on the ruins of an ancient monastery, attributed to the sixteenth Century, and whose vestiges refer to the barchessa orthogonal to the main house.

Over the centuries the villa underwent several changes of ownership, all linked to the absence of descendants of the dynasty that owned it. Indeed, from the Condulmer, the Villa passed to the noble Grassi family, later to Count Giovan Battista Tornielli, and then to the Bonaventura family, who still owns it together with the Monti family.

The building, which has been protected by the Fine Arts since 1930, is now the site of a hotel. It was the Monti family who, in 1959, transformed the old residence into a hotel, giving it to Alfredo Beltrame, owner of the El Toulà restaurant chain all over the world.

Prestigious five-star hotel in the Venetian hinterland, Hotel Villa Condulmer offers next to the innovative services available to its guests, the charm of a real 18th-century Venetian Villa. 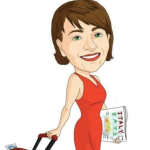 For faster login or register use your social account.